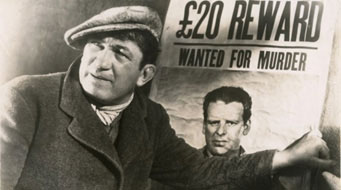 RKO purchased the film rights to a short novel by Liam O’Flaherty and RKO’s production head, Merian C.Cooper, signed John Ford up for a two-picture deal.  They met in Cooper’s office and within an hour they chose the two stories Ford would direct, The Lost Patrol and The Informer.

When Ford checked onto the RKO lot, he found the script Cooper had was inadequate, so he called screenwriter Dudley Nichols and the two men turned out an entirely new adaption in eight long days and nights.  Then the day before the company was to leave for the location outside of Yuma, Arizona, Cooper’s male lead pick, Richard Dix, was replaced by Ford’s choice of Victor McLaglen.

When The Informer was previewed, the response was muted, the RKO brass did not believe in the picture.  But the critics fell on it with expressions of rapture.  The Informer went on to win McLaglen the Best Actor Oscar, and after directing pictures for nearly twenty years, Ford won his first Academy Award for Direction. 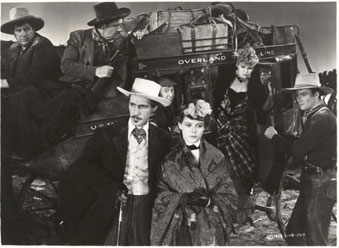 Harry Goulding, of Monument Valley, Utah, brought pictures of his land to United Artists (hoping to meet with Walter Wanger) to see if they would have any interest in filming there for a fee. He didn’t see Wanger, but was introduced to Ford, who examined his portfolio and told Harry, “I’d always wanted to do a picture up there.” And he did. And what a picture it turned out to be.

Stagecoach remains the paradigmatic Western.  One critic wrote of the film. “Art has found its perfect balance, its ideal form of expression.”  Ford would make deeper films than Stagecoach, and he would make more virtuosic films than Stagecoach, but he would never again make one so nearly perfect, more filled with easeful grace, with perfectly inflected camera and characters.  It’s a film as pure and refreshing as deep breaths of the mountain air.

Ford had known Marion Morrison (John Wayne) since he had been a USC summer student working at Fox as an assistant propman in the 20s, and had kept in touch when Wayne left school, and started his acting career in B films. Ford said only Wayne could play the “Ringo Kid.” Stagecoach made John Wayne a star. Ford grew to appreciate the way Wayne could effortlessly command a scene simply by entering it, the way he could communicate complex emotions without using many words, the undemonstrative way he expressed attraction to a woman. Ford had discovered him, now he made it his job to shape Wayne into a film hero, a character big enough to serve as a battlefield for civilization’s conflicting desires.

In 1939 John Ford and Merian C. Cooper formed their own company.  Ford had been tempted for some time by the possibilities of independent production.  They chose for their logo a silhouette of a three-masted ship in full sail.  They called their company Argosy. 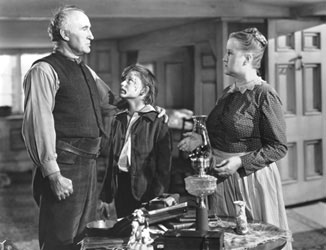 Although 1939 has, by common consent, been canonized as the ultimate year of Hollywood’s Golden Age, you could make a strong case for 1941 as well.  Besides Citizen Kane, there was the Maltese Falcon, The Lady Eve, The Little Foxes, High Sierra, Penny Serenade, Sergeant York, Suspicion, The Devil and Daniel Webster, The Sea Wolf, Dumbo, and  How Green Was My Valley.

Darryl Zanuck of Fox fussed with various drafts of the script early in 1940, but was disappointed with the results. A fresh start was made in hiring screenwriter Philip Dunne.  Zanuck had borrowed William Wyler from Sam Goldwyn to direct.  However, the New York bosses, didn’t like the script, didn’t think making a movie about labour unrest was wise, didn’t like the lack of star names in the cast, and didn’t like Wyler’s reputation for extravagance in production time. Zanuck fumed, informed them that this was the best script he had ever had, and he would make the movie one way or the other, even if he had to make it at another studio.

That got New York’s attention.  There was only one director who could shoot Valley for the money Zanuck could spend and not cut corners – John Ford. Ford tweaked some of the script and he did write in a part for Barry Fitzgerald, but it was through his direction that he turns How Green Was My Valley into his picture, the nearest to an autobiography he would ever create. The characters in the film were Welsh, his family was Irish, but he directed the Mother (played by Sara Allgood ) to be a reflection of his own adored mother, and the youngest son Huw (played by Roddy McDowell) to be a reflection of himself, as the youngest in his family. 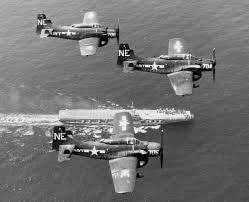 On September 9, 1941, William “Wild Bill” Donovan, head of  the Office of Strategic Services in Washington, wrote Frank Knox, the Secretary of the Navy, that he wanted John Ford put on active status and assigned to his office as soon as was convenient. Ford was in great demand with deals coming in from all directions after the success of Valley, but Ford was about to walk away from the work he loved and needed. After Pearl Harbor, he decided movies would have to wait. It was time to go to war.  For the next three and a half years his headquarters would not be Hollywood, California, but the Office of Strategic Services in Washington, D.C.  Ford began organizing the Eleventh Naval District Motion Picture and Still Photographic Group. This unit would eventually consist of about two hundred men, all recruited from the studios, who began receiving military training weekly.

The idea was to form a photographic unit for the Navy, made up of some of Hollywood’s best and brightest.  The unit would take charge of documentary, propaganda and reconnaissance photography. The objective was “To record the history of the Navy in World War Two.”

After breaking the Japanese code in the spring of 1942 , Admiral Chester Nimitz knew the Japanese intended to attack the U.S. Navy at Midway.  John Ford and Jack Mackenzie Jr., (a 20-year-old cameraman) were sent to Midway from Hawaii two weeks before the Japanese raided. On the evening of June 3rd, as Yamamoto’s ships neared the island, the commandant of the Naval Air Station on Midway asked Ford to act as forward observer and stay in the powerhouse equipped with his 16mm camera and two phones, so he could report the battle’s progress to the officers on the ground.

The battle began early the next morning, all hell breaking loose. Wave after wave of Japanese planes pounded the island. Ford was shooting the bombardment from one of the primary targets.  Mackenzie was using a Bell and Howell Filmo 70 and kept moving around, catching as much as he could on the run. Ford was wounded in the arm by shrapnel, but he kept filming.  American dive bombers swooped down and caught the Japanese re-fueling on their aircraft carriers. There was a fatal five minutes of battle, three Japanese carriers were sunk and a fourth went down the next morning. At that point, Yamamoto turned his fleet around, he had suffered a crushing defeat.

On June 10, 1942, the front page of the Hollywood Reporter carried the story of how John Ford filmed the Battle of Midway.  William Donovan stated, “The pictures (Ford) took on Midway are remarkable. I think and believe Jack will be given the Navy Cross as a result of his conduct in the Midway action.”

On June 8, 1958, Ford appeared on a live TV show Wide Wide World, with Dave Garroway.  It was a tribute to westerns.  Ford was asked if his favourite western was Stagecoach, Ford replied his real favourite is She Wore a Yellow Ribbon, featuring “Old Duke (Wayne).”