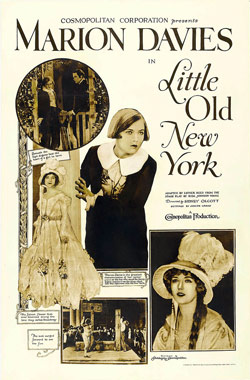 finds Marion Davies as Patricia O'Day, who arrives from Ireland to claim a family fortune . . . posing as her younger brother Patrick in order to do so. She meets Larry Delavan (Harrison Ford) who had planned on receiving that inheritance so he could back Fulton's new steamship and is now stuck. All of this is complicated by Patricia's falling in love with Delavan… who believes she is Patrick.

In Ireland, golden-locked Marion Davies (as Patricia "Pat" O'Day) and her poverty-stricken family are about to be evicted from their home when news from "Little Old New York" reveals her young brother has inherited the estate of a wealthy relative. 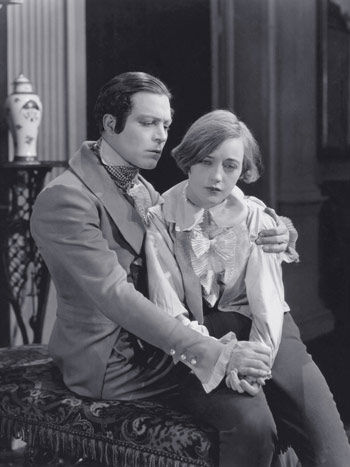 The family books passage to claim their fortune in the United States. Meanwhile, back in the USA, handsome Harrison Ford (as Larry Delavan) hopes the distant relatives do not arrive on time; if they're late, he gets the fortune. Just as Mr. Ford prepares to celebrate, Ms. Davies arrives to claim the estate, but disguised as her little brother, who died en route.

Ford is obviously unhappy. While left an allowance, he doesn't have the money to finance his much-hoped for investment, in a steam driven vessel developed by future famed inventor Robert Fulton (Courtenay Foote). And, Davies is frustrated and unhappy. She finds herself attracted to Ford, but stuck pretending she's her dead brother. Ford shows no sexual desire for effeminate young boys, but develops a fatherly affection for Davies. Ford accepts Davies as a young pal, and she helps finance Fulton's steam engine - but, Davies realizes she will only win Ford's love as a woman. And, she has fallen in love?

Davis isn't a very convincing boy, but she makes up for it with a charming performance. Ford, in pasty sideburns, convinces. Stage actor Charles Kennedy (as Reilly) and future "Superman" player Stephen Carr (as Patrick O'Day) help show the range of an illustrious cast and crew. Harry Watson and Louis Wolheim add excitement to the climax, as boxers "Bully Boy Brewster" and "The Hoboken Terror". Mr. Wolheim certainly whips up a frenzy. 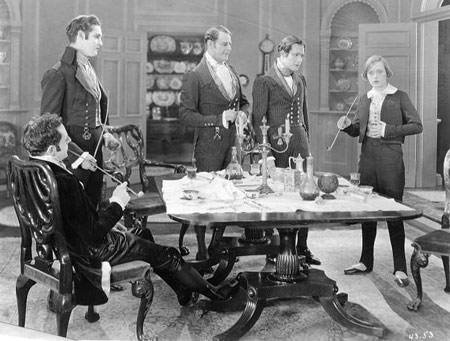 Veteran director Sidney Olcott gives pastoral beauty to the location scenes, like the one where Davies is bullied by three boys approaching from behind a fence.

"Little Old New York" benefits from the obvious financing of Davies sponsor William Randolph Hearst. And, unlike a couple of recent Hearts/Davies productions, it paid off handsomely at the box office. This picture helped restore Davies to the annual top ten "Box Office Stars" list compiled by Quigley Publications - she was the #5 for 1923, rising to her all-time high of #2 the following year. The movie finished at #10 in the annual "Film Daily" poll, and surprised many by appearing at a well-respected #5 on the "New York Times" ten best list. The Times was not a Hearst paper, and its praise was genuine.